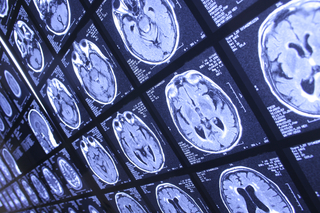 This article is a brief overview of the changes to be brought about by the new regulations for medical device importers or distributors and how these may impact current supply and distribution agreements. When revising new supplier and tendering agreements, these changes and obligations should be taken into consideration to be compliant with the new regulations and to prevent any individual liability issues that may arise.

Since 1998, all medical diagnostic tests both for professional laboratory and home use, known as IVD's (in vitro diagnostic devices) have been regulated in the EU by the In Vitro Diagnostic Device (IVD) Directive 98/79 EC.

These regulations were brought in to standardise the quality and acceptable performance (accuracy, sensitivity, reliability etc) of all tests marketed within the EU, and to ensure free movement of approved devices within the EU, resulting in rapid access by medical practitioners and patients to new tests and technologies. These include tests such as pregnancy tests, cholesterol tests, anticoagulant therapy monitoring, blood glucose monitoring equipment, and HIV tests. The IVD Directive is one of three EU medical device directives, the other two being the Medical Device Directive and Active Implantable Medical Device Directive. All medical products and tests marketed in the EU since these EU Directives became law have had to undergo a process of conformity assessment and have to carry the CE mark, to denote conformity.

The need for new regulations

The rapid rise in technological advances over the last twenty years, coupled with well publicised disasters such as the PIP breast implants scandal, led to the realisation that these regulations were no longer fit for purpose, and in 2012 the decision was taken to produce new regulations that would be more robust, and would also cover the many novel and exciting technologies (for example genetic testing) becoming available. Since 2012, the regulators and other interested parties, for example manufacturers, have been working to find agreement on these far reaching changes. The original drafts placed some very burdensome, unrealistic and expensive requirements on all parties, but campaigning by industry and manufacturers, many of which are SME's, has been successful in producing a more pragmatic document.

On the 5th April 2017 the European Parliament adopted the final revision of the new regulations and this becomes UK law on the 26th May 2017. There follows a transition period (3 years in the case of the medical device regulations (MDR), and five years in the case of IVD regulations (IVDR) for all parties to be compliant with the new regulations. Of course, the other complication to consider is the UK's commitment to leave the EU. It is too early to say how this will impact on the UK's adoption of these EU regulations, but it is unlikely that the UK would not adopt them and the most widely accepted scenario is that of a regulatory Mutual Recognition Agreement between the UK and the EU.

The new medical device regulations contain important changes to the obligations of manufacturers, and other parties involved in the medical device supply chain. These regulations differ from the current EU regulations, which provides obligations only for manufacturers. These regulations are based on Decision 786/2008, a common framework for the marketing of products, which forms the EU template for regulating the supply chain for CE marked products and introduces the term "economic operator", i.e. the manufacturer, authorised representative, importer and distributor.

Responsibility of importers and distributors

An important change in the regulations affecting the supply chain is that each downstream economic operator has to verify that the previous economic operator complies with the IVDR requirements. Thus, distributors have to make sure that, prior to placing a device on the market, that the manufacturer, the importer and the device itself meet these requirements.

Traceability of the devices throughout the supply chain is also another crucial feature of the new regulations. Mandatory Unique Device Identification (UDI) is to be introduced with the intention of facilitating device traceability. Devices will be allocated device identifiers, and batches or production series will be identified with production identifiers. The basic device identifier must also be referred to in an IVD's Declaration of Conformity. This will be brought in gradually, starting with higher risk devices. This requirement is expected to increase the ability of manufacturers and authorities to trace specific devices through the supply chain, and to facilitate the prompt and efficient recall of medical devices that have been found to present a safety risk. In addition, the European Databank on Medical Devices (Eudamed) is expected to be expanded to provide more efficient access to information on approved medical devices.The importer must also add their details to the registration.(1)

All economic operators will have to track devices whose distribution they are involved with, and to identify at all times from and to whom the device was supplied. Importers and distributors will also have an obligation to monitor compliance and have a quality system for doing so, including investigating and keeping a register of complaints, and of non-conforming products and of product recalls, and to keep the manufacturer, authorised representative and importers/distributors as appropriate informed of such monitoring. All parties will have to look at ways to overlap their quality systems so that action taken by one economic operator does not affect the compliance of another.

Medicines Management? Sign up for email updates from VivaChek.